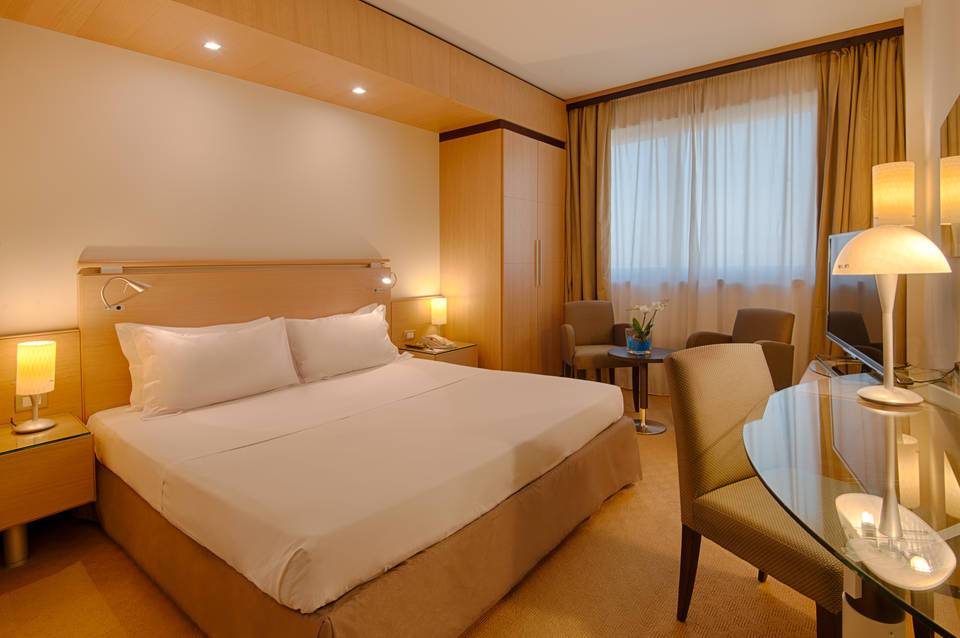 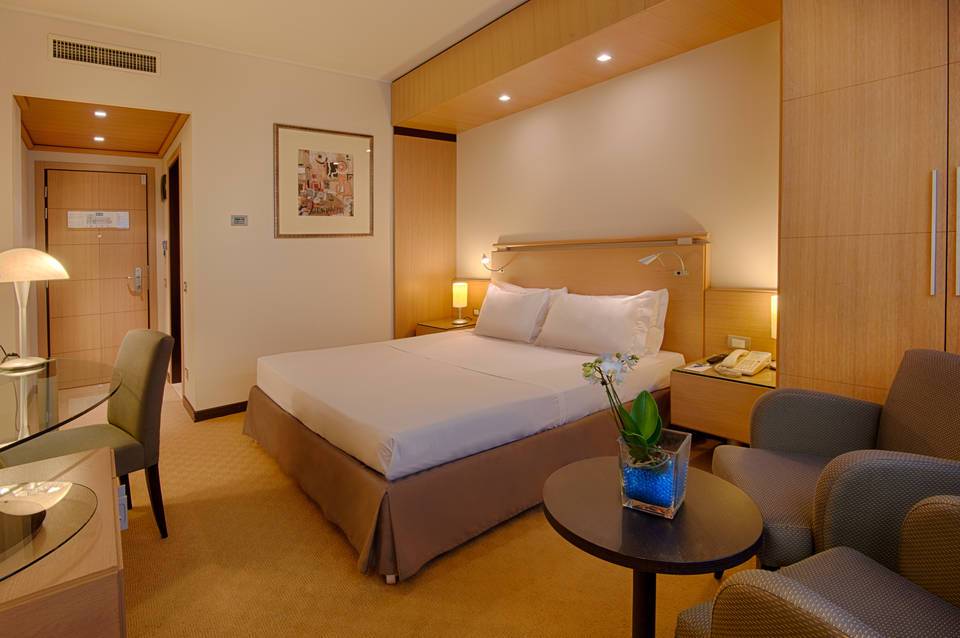 This city hotel is located in a quiet suburban area of Bologna, just 1 km away from the motorway exit Bologna San Lazzaro. The city center and its myriad of entertainment venues, dining options and shops can be found just 7 km away, while the Bologna trade fair is situated just 6 km from the hotel. The hotel enjoys a sophisticated architectural style, with 209 soundproofed elegant rooms. All of them are provided with air conditioning, free Wi-Fi, sat TV, minibar and toiletries.
The hotel provides an indoor swimming pool with relaxation area and a restaurant serving traditional and international cuisine, where every morning a rich breakfast buffet is served.

With a stay at NH Bologna Villanova in Bologna (Eastern Bologna), you''ll be close to Piazza Bracci and BolognaFiere. This 4-star hotel is within close proximity of Centro Agroalimentare di Bologna and ITC Theatre.